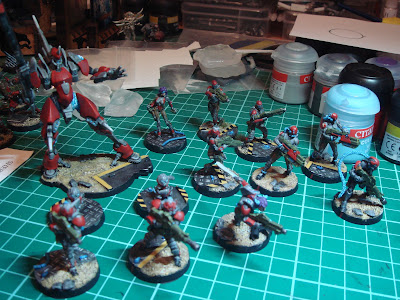 So the first Melbourne Infinity tournament happened a few weeks ago, and it was quite frankly one of the best tournies I've ever been to! Which is saying a lot considering I've been to nearly every fantasy tournament in melbourne for the last 6 or 7 years. This is probably as much about having a fresh take on tournament play as it is a fresh (more fun) game and new faces. Heres a brief run down on why the tournament was so fun.


Coming from a fantasy background I'm used to writing 1 list months before a tournament, working on the models while refining it down and practicing THAT particular list and learning how it works. Which is fine, and works well given the fact that often in fantasy that list is 100+ models. But having done it that way for years now it's definetly feeling more than a bit stale. I've gotten around this by having mild adhd and working on 5 armies at once, but still once you lock in a list, thats the list you focus on to the exclusion of all else. Not so at infinity tournaments!
At taking of paradiso we could bring 3 lists to the table every game, they could be identicle, or vastly different. In my case I wrote 3 very different lists, the first list was very agressive, having a lot of drop troops lead in by a lieutenant who granted them the ability to walk on from the enemy deployment zone. This has always been a hit or miss list for me and is VERY scenario driven, but lucky you can also change the scenarios you play (more on this later) the second list for me was also agressive but with alot more resilience, the trade off was that i wouldnt have the ability to produce the same crossfires the drop list gave me, and since this one ran the TAG (the big fella) if he got dealt with i'd be on the back foot all game. My third list was very defensive, with some cammo and TO cammo heavy infantry with heavy weapons, i traded off most of my mobility for some very hard to shift hard hitting firebase's, the idea being if i had scenarios that didnt require movement this is the list i'd use.
Along with coming to the table with 3 lists the tournament also implemented a bidding system at the start of the game. Without  going into detail it let you decide when you'd choose out of your 3 lists which list to take, (ie before or after seeing scenarios and table) it let you influence the scenarios you played, and it let you keep your scenarios secret or reveal your enemies. The problem was you coudlnt win all of these points, so you had to decide what you bid on and how heavily you bid to win it. I went into all my games with the idea that I had lists that could deal with any scenario on the set of 10 we could play, so I made sure i could choose the list that best suited the scenarios AFTER having seen them, and I also made sure i could see my oponents objectives without revealing my own. This ended up working a treat as i was able to choose my lists out of all 3 at the end of scenarios in every game at the tournament.
I loved this added level of tactics at the tournament, it made you have to think and strategise from the moment you walked up to the table and saw the terrain.
Speaking of terrain, Infinity is a game where the terrain plays a massive role, which is again vastly different from 8th ed fantasy where trees hills even rivers barely rate a mention anymore, you can just move through or over them without really any worry. In infinity you HAVE to play to the terrain as well as your force's strengths. This is where the next level of pre game strategy comes in, the strategy roll. This is the roll off to determine who has the initiative or deployment advantages, if you win the roll you can choose either; who goes first, or the deployment sides and who deploys first. Having the first turn can be a massive advantage if you can properly use your force to get an "alpha strike"  but i found having the deployment options to be much better in scenario play. One thing none of my opponents foresaw and prepared for, was me turning the game "sideways" . In 2 of my games i was able to win deployment and turn the game axis 90 degrees so that we played left to right rather than across the tables as they'd been set up. Both these games i was able to take massive advantage of the fire lanes and bottle my opponent up and basically complete all my objectives without ever letting them out of their deployment zone.
All in all i was stoked with how i went at the tourny, I managed a respectable 3rd out of the 25 ish players there. Here's a whole bunch of pictures of some of the pretty awesome terrain that we got to play over. A lot of variety, a lot of close range tables as well as some tables with long fire lanes, the variety really gave people who brought different lists an advantage over people who just brought the 1 list I felt. 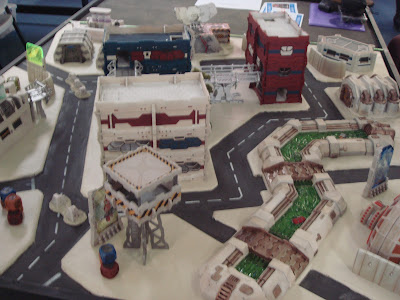 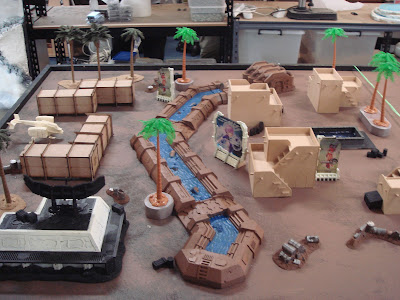 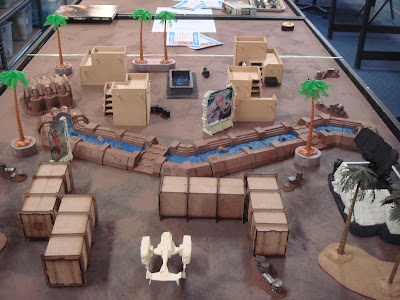 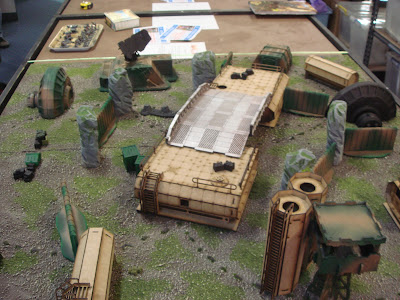 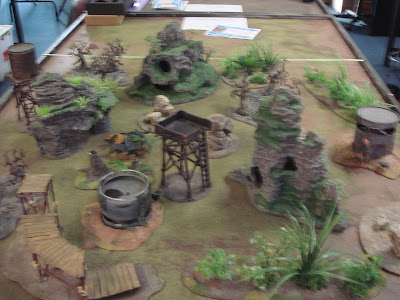 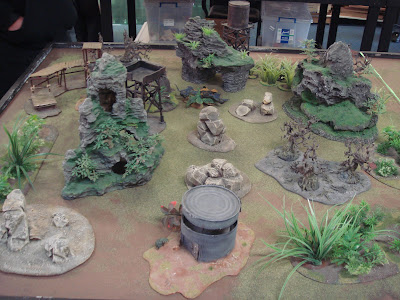 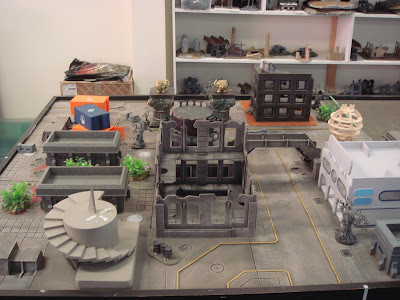 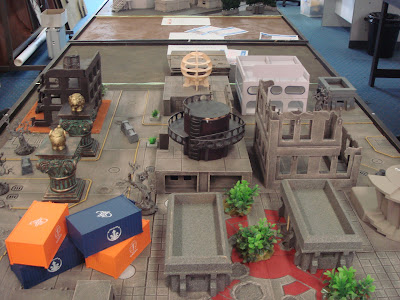 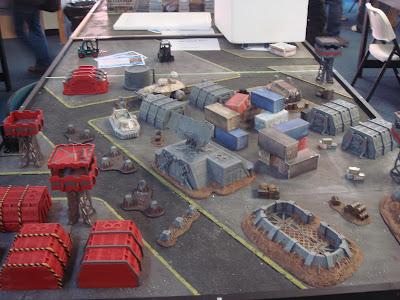 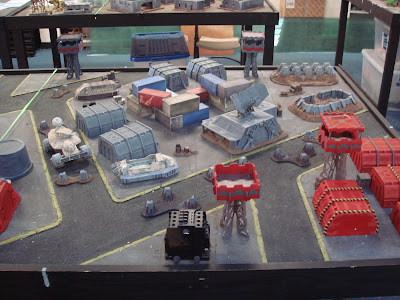 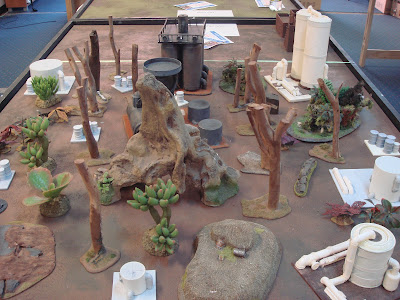 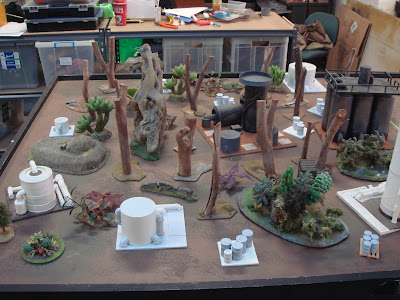 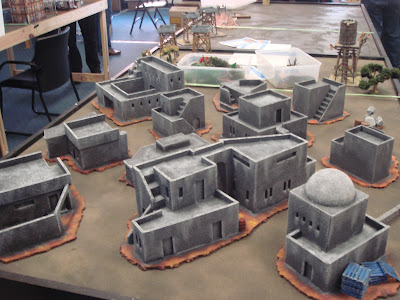 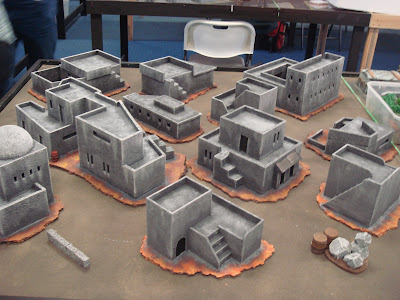 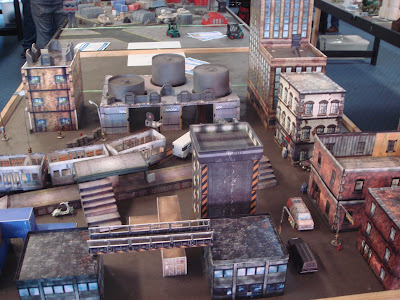 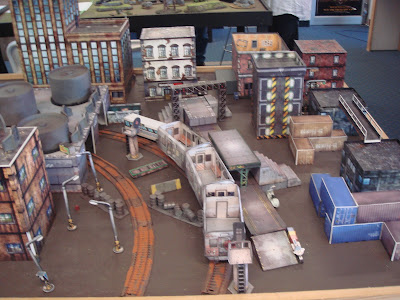 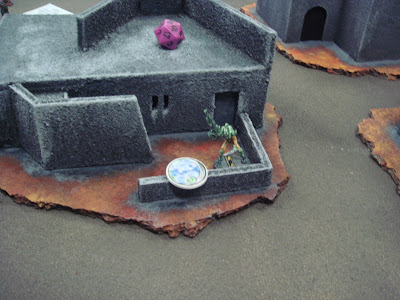 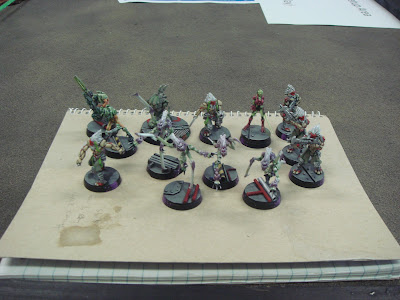 All in all it was an amazingly fun tournament and I'm looking at stepping up and running the next event hopefully!